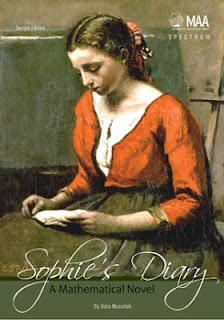 Sophie’s Diary: A Mathematical Novel is a work of fiction inspired by French mathematician Sophie Germain. It chronicles the coming of age of a teenager learning mathematics on her own, growing up during the most turbulent years of the French Revolution. The fictionalized diary uses mathematics, intertwined with historically-accurate accounts of the social chaos that reigned in Paris between 1789 and 1794, to describe the learning journey of a remarkable girl that became the first and only woman in history to make a substantial contribution to the proof of Fermat’s Last Theorem.

Sophie Germain was born in Paris in 1776. Little is known about her childhood or about her initiation into mathematics. Her first biographers wrote that, as a young woman, she assumed the name of a male student at the École Polytechnique to submit her own work to Lagrange. Yet, no biography has explained how Germain studied mathematics before that time to encourage such boldness. Sophie’s Diary is an attempt to put in perspective how a self-taught girl could have acquired the knowledge to enter the world of Lagrange’s analysis.

Available as an MAA eBook and hardbound 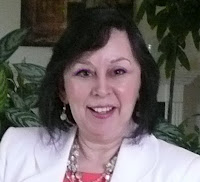 MAA Author Dora Musielak talks about her motivation for writing  Sophie’s Diary and future projects below.


Sophie Germain performed a most exhilarating and audacious feat to break into the world of mathematics. Using the name of a male student she submitted her own analysis to the great mathematician Lagrange, a professor at the École Polytechnique. This was at the end of the eighteenth century in Paris; women were not allowed in the French universities and were discouraged from pursuing studies in sciences. Sophie, a young woman of 20 or 21 dazzled the Parisian intellectual community with her intelligence, seriousness, and an unyielding passion for mathematics. Working mostly on her own, Germain went on to make substantial contributions to two of the most challenging mathematical problems of her time: Fermat's Last Theorem and the theory of elasticity.

No biography has ever explained how Germain learned mathematics before she sent her work to Lagrange. It is believed that she had no tutors while growing up. Some biographies imply that once she was discovered, she learned from the scattered material and problems she received from several individuals, including Lagrange. That did not make sense to me, since she had submitted a mathematical report to Lagrange before they all learned about her. I conjectured that Sophie must have studied mathematics before in order to have had the required knowledge not just to understand but to write her observations on Lagrange's lecture notes.

The idea of Sophie's Diary germinated in my mind with that premise. I began to write as if I were her as a teenager, weaving mathematics into her thoughts and daily routines. And since the French Revolution burst in when Sophie was 13, the fiction aspect of the story was centered on that social chaos. I concentrated in the years between 1789 and 1794, her formative years. I imagined how the teenage Sophie could have learned mathematics on her own. Not having a tutor to guide her, the math concepts were chosen at random, imagining an inquisitive girl reading any book she could find and solving every problem she thought was necessary or that appealed to her hunger for mathematics.

I didn't want the mathematics to have the rigour of a textbook, after all, a diary is not meant to teach anyone but rather to record a person's thought process. None of the personal events portrayed in Sophie’s Diary pertain to the real Sophie Germain. I do not know whether in the years between 1789 and 1794 she studied the topics I incorporated or met any of the mathematicians who appear in my fictional story. Nonetheless, I used factual material pertaining to the history of mathematics. In Sophie’s Diary there are plenty of references to the ancient mathematicians and to the works of Fermat, Euler, Newton, the Bernoullis, Châtelet, Agnesi and many others to justify the portrayal of a self-educated young woman that satisfies her desire to learn by reading about past scholars. Sophie's Diary is thus a perfect blend of mathematics and history of mathematics.

In writing Sophie’s Diary, my objective was to put in perspective how Germain could have developed the strategies to pursue her own mathematical research later on. I wanted to convey the frustration of not knowing, the eagerness to solve more equations, and the joy upon mastering a subject. I wanted to show that learning mathematics requires not just the aptitude but also discipline, concentration and passion. What I wanted most of all was to put into context the environment surrounding the young Sophie Germain.

Sophie’s Diary will appeal to many readers, including those interested in the history of mathematics, and especially in the contributions of women scientists. The book can be an important complement to courses on the history of mathematics. And it can also be of interest to those studying the work of Sophie Germain because, although the portrayal of her adolescence is imagined, it puts in perspective the time and culture that shaped this uniquely gifted mathematician.

I am convinced that young readers will find inspiration in Sophie's Diary. Although we have made great strides in attracting more women into mathematics and science careers we still need positive role models. I believe my book can be an invaluable resource and encouragement for both students and teachers. Reading about Sophie Germain can be uplifting, because she defied convention and overcame all obstacles to pursue an education when the doors of the universities were shut to women. Hers is a truly amazing story, and I hope more young women learn about Sophie and derive strength from reading about her self-study and her passion for mathematics. This is reason enough to make Sophie's Diary relevant to today's mathematics education.

What is unique about my book is the balance it keeps between fiction, history, and mathematics. The topics of mathematics include algebra, number theory, and  calculus. Therefore, high school students may find the material easily accessible.

Please note this MAA book is a new edition. The first edition of Sophie's Diary appeared several years ago and it was a huge success. Yet, I felt it needed improvement and thus I rewrote many pages, corrected typographic errors, and expanded the story to incorporate some topics of variational calculus. To present a valid historical perspective, I wrote a more extensive biographical sketch on Sophie Germain with factual data about her work. I also added a note with referenced sources to shed light in some real events and to dispel some misconceptions about her rise to fame.

I am currently working on a university textbook. After concluding this project I want to write about the mathematical theories that were developed by Euler and Lagrange. I expect to continue promoting the history of women in science and mathematics to inspire young women. Thus, it'd be satisfying to write another book to serve this purpose. Another mathematical novel? Maybe, why not? I have some interesting ideas....
Available as an MAA eBook and hardbound
Posted by Mathematical Association of America at 12:00 PM